What is biofilm? Serious implications of biofilm to patients?

BIOFILM represents a community of microorganisms attached and growing on a solid surface. Bacteria, fungi, yeasts, protozoa and other microorganisms may aggregate to form biofilm. Microorganisms are enveloped in an extracellular matrix of polymeric substances (EPS)
The first microbes begin to synthesis, an exopolysaccharide and proteic matrix (slime) that holds the biofilm together and helps in deposition of other cells by providing more varied adhesion sites. The compositions of extracellular polysaccharide matrixes are different between microbe species and play an important role in determining the final architecture of biofilms. The main component of bacterial extracellular matrix are proteins, carbohydrates, lipids and cellulose
Bacteria within biofilms are up to 1,000 times more resistant to antimicrobials than are the same bacteria in suspension. Biofilms have been found in dental unit waterlines and numerous medical devices (e.g., contact lenses, pacemakers, hemodialysis systems, urinary catheters, central venous catheters, endoscopes). Their presence can have serious implications for immune compromised patients and patients who have indwelling medical devices.
Biofilm infections, such as pneumonia in cystic fibrosis patients, chronic wounds, chronic otitis media and implant- and catheter-associated infections, affect millions of people in the developed world each year and many deaths occur as a consequence. In general, bacteria have two life forms during growth and proliferation. In one form, the bacteria exist as single, independent cells (planktonic) whereas in the other form, bacteria are organized into sessile aggregates. The latter form is commonly referred to as the biofilm growth phenotype. Also bacterial biofilms play an important role in urinary tract infections (UTIs), being responsible for persistence infections causing relapses and acute prostatitis. Bacteria forming biofilm are difficult to eradicate due to the antimicrobial resistant phenotype.
Fortunately a more efficient, safe and environment friendly instrument cleaner Zymokleen is available that combines biofilm degrading & cleaning enzymes with detergent. 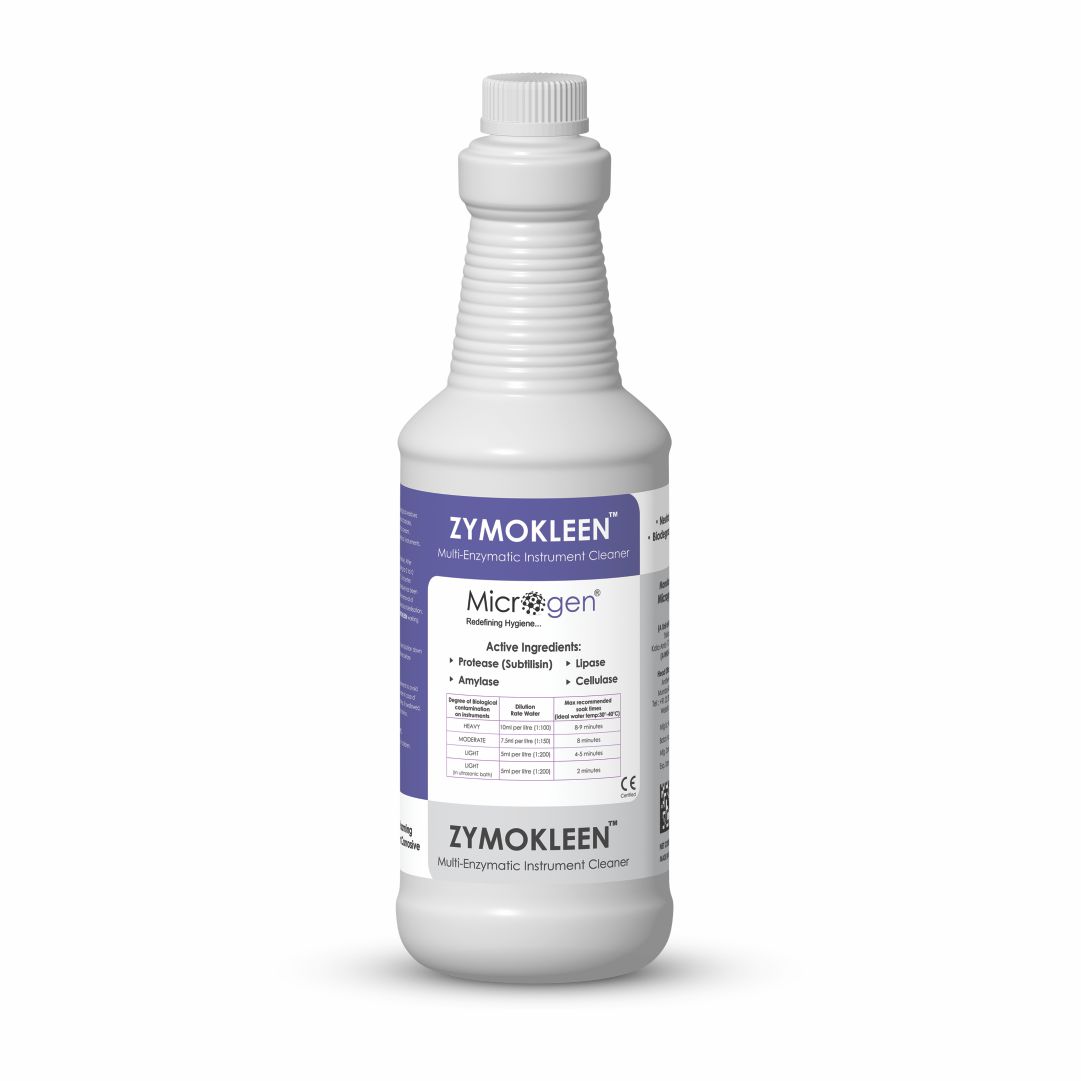